As Pixelflowers we always perform live, making visuals primarily for techno dancefloors. Admittely, we have been keeping very little documentation of our past shows: at these dance parties most people refrain to take photos and videos (it’s frown upon here in Berlin, often actually forbidden, and for good reasons we think; we have learnt ourselves […]

Back offline! News on our live sets in March

Last Tuesday we supported two live concerts (Rtalin and Evripidis and His Tragedies) and a DJ set by Daddies On Acid at the underground club Loophole, the same small, dirty lovely venue where a couple of years ago we gave our very first live VJ performance. Then on Saturday we made live visuals at our […] 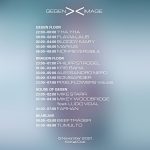 While Autumn gets colder and darker, more and more pixel flowers blossom! A few months ago, the Berlin-based producer and DJ Exildiscount committed us our first music video, and we are now working on a second one for another music act. We’ve still been streaming every Wednesday for the Daddies On Acid and Interzone parties, […]

Here’s the music video we made for Exildiscount‘s track “Going to Bed Hungry”, taken from their EP “Next Big Thing”, released on June 11, 2021 via Unboxing Shadows (UXS001). The title “Going to Bed Hungry” refers to an art performance/video installation by Exildiscount, which was simultaneously video taped from 3 camera perspectives, called “Of the […] 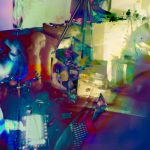 While we continue our weekly livestreamings in a collaboration with the Berlin-based queer parties Interzone and Daddies On Acid, in the last months we also got back to performing live. Pixelflowers is a VJing duo and ideally we make live visuals together, but this week-end we will split across the continent, in order to spread our […]

420 (our submission to the Scanlines birthday community showcase, 2021)

scanlines.xyz, an online forum and website devoted to audio/video DIY projects we’re actively involved in, recently got 1 year old. A community online showcase was organized to celebrate and since it was going to take place on 4/20, we decided to play around the coincidence and created this smoky video. 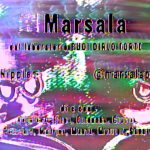 In 2017, the participants in the PUOI DIRLO FORTE workshop, organized by Marsala and Silvia Torri and focused on disrupting gender violence and its toxic narratives, created the short video Phantom Bra. Il primo reggiseno per tette libere e fantasmagoriche. On occasion of 2021, March 8, we reworked visually Phantom Bra and included it in […] 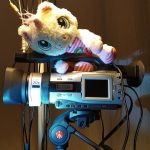 For a few weeks we’ve been playing with a new (old) toy: a Canon XM2 camcorder. We don’t have any tapes at the moment, but we’re using the camera together with two 14″ TVs (found on the street) to rescan and to create video feedback loops. The camcorder has controls for the image quality and […] 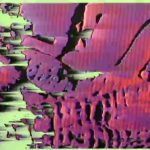 Pixelflowers is a live visuals duo. Our names are Flo and Pixi.
Write to: pixelflowers @ privacyrequired . com
Find us on Resident Advisor, Facebook and Instagram.

In our work we employ abstract graphics, independent queer video productions, cinematography and lettering. We play with different technologies like software, analog video synthesis, cameras and old digital hardware. We do this live, usually as a "video track" for electronic and techno music. We like to work together with other artists, rather than competing with them. We upload our recordings to the Internet Archive. Here's a list of the sources for our clips.

We streamed weekly from June 2020 to May 2022 for Interzone and Daddies on Acid. Watch the recordings at this link.